Joined May 27, 2020
·
1,031 Posts
The Civic is going to be the new entry-level car for Honda in the US as they announced that they will no longer sell the Fit. I can't say that I'm surprised, I don't really see a lot of new Fits driving around compared to Civics or even HR-Vs 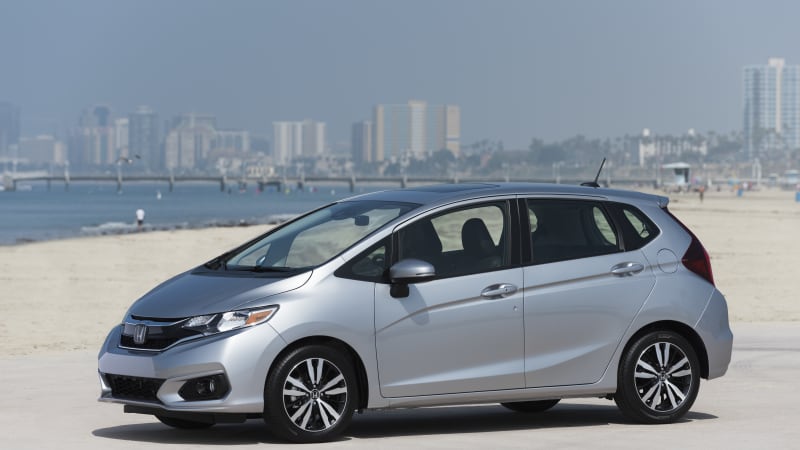 Honda's smallest car, the Fit hatchback, is ending its run in the U.S. market at the conclusion of the 2020 model year.

The Honda Fit is quitting the U.S. market at the conclusion of the 2020 model year. Going forward, the Honda HR-V crossover (which is based on the same platform as the Fit) and the Honda Civic hatchback will be the entry-level offerings for the brand.

The subcompact Fit (already sold in other markets as the Honda Jazz) arrived here in 2006 as a 2007 model. From the beginning, the Fit was lauded for its remarkable space efficiency. With its centrally located fuel tank and compact rear suspension design, the car was able to offer an ultra-low load floor and a highly configurable folding rear seat that made for exceptional versatility. The original 2007 Fit was priced from $14,400 and powered by a 1.5-liter inline-four making 109 horsepower.

A second-generation model arrived for 2009. The 1.5-liter engine got a slight power bump to 117 horsepower and again was paired with a five-speed manual or a five-speed automatic transmission. Starting prices crept up to $15,220, and maximum highway fuel economy was 35 mpg. An EV model with an 82-mile range appeared briefly for 2013 and was also offered for lease only in a limited number of CA-emissions states.

The current, third-gen version arrived with the 2015 model year. Impressively, the redesigned third-gen model proved even more space-efficient, with its rear-seat legroom increasing by 4.8 inches even as overall length was trimmed by 1.6 inches. The latest Fit is powered by a 1.5-liter inline-four. Fuel economy tops out at 40 mpg highway for the LX with a CVT. To its credit, Honda continued to also offer a six-speed manual through 2020, although only in the lower two trim levels. Prices for the 2020 Fit range from $17,120 to $21,550.

As recently as 2016, Honda was boasting that the Fit was "a tremendous hit with buyers," after the launch of the third-generation model for 2015. But sales of small cars are now in a multi-year slump, and Honda began scaling back on the Fit. The 2020 model dropped the Honda Sensing bundle of active-safety features from the LX and Sport trims, a retrograde action.

A redesigned fourth-generation Fit, with a standard hybrid powertrain, was announced at the 2019 Tokyo auto show but will not be coming to America.
1 - 1 of 1 Posts