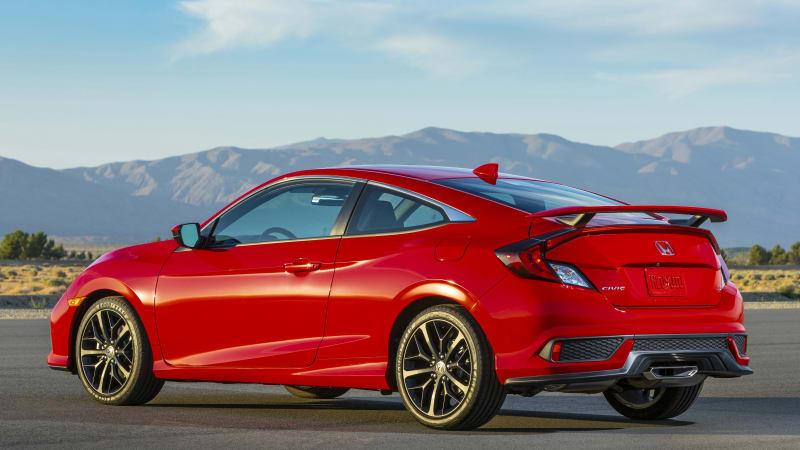 The Honda Civic Si won't be making an appearance in 2021. Instead, you'll have to wait for the next-gen car that's due in 2022.

There won’t be a 2021 Honda Civic Si, Honda announced today. Those who want the sport-injected version of the Civic will have to wait for the redesigned 11th-gen that Honda confirmed will be on sale for the 2022 model year. Honda says the Si model is going on hiatus for one year so that it can transition to production of the new car.

You may recall that Honda updated the Civic Si for 2020 with a number of performance enhancements, but those changes will be reserved for the single model year of production. It got a shorter final-drive ratio, revised styling on the outside and some tech improvements on the interior. We found it to be more than splendid in our first drive, and an even better value than before due to the added equipment.

In other Civic news, the Coupe body style appears to be dead in the U.S. Honda announced today that it’s discontinuing the two-door for the 2021 model year as this generation of Civic winds down in preparation for the 11th-gen car. This news applies to all the trims that the Coupe is available in.

Honda cites waning demand for the discontinuation of the Coupe. When the 10th-gen Civic launched, the Coupe made up 16 percent of all sales. Today, the Coupe only accounts for 6 percent of all Civics sold. Honda says the Hatchback has gained tremendously over the same time period and now accounts for 24 percent of Civic sales. Going forward, Honda says the Hatchback “will assume the position of the sporty and personal choice in the Civic lineup.” The current Civic Hatchback was produced at Honda’s UK Swindon plant, but the next-gen Hatchback will be produced in Indiana.

It wasn’t explicitly said in Honda’s announcement, but it’s likely that the Coupe doesn’t make an appearance at all in the American 2022 Civic lineup. And just so you’re not worried, the Type R isn’t going anywhere. It’ll be back for the 2021 model year with the special Limited Edition in tow.
1 - 1 of 1 Posts