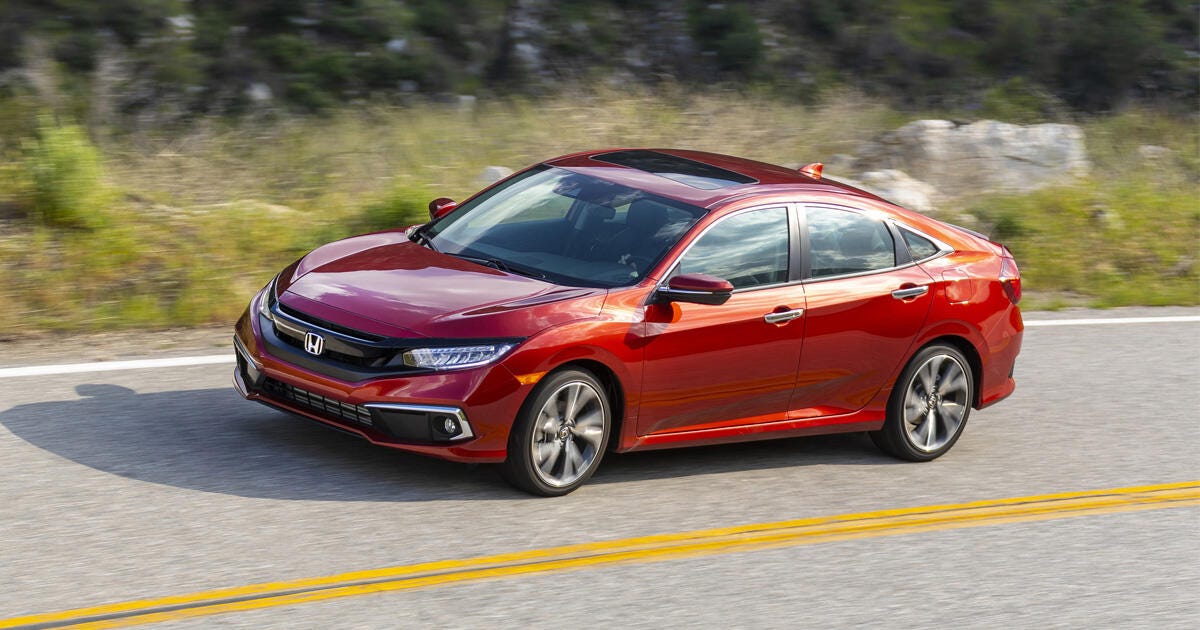 It follows in the footsteps of the refreshed Accord sedan.

The 2020 Honda Civic Sedan offers a six-speed manual transmission on two trims, the base LX and Sport. Sadly, for the 2021 model year, it appears Honda has done away with letting buyers row their own.
The 2021 Honda Civic Sedan is unchanged for this year, and it's already on sale at dealerships. Its base price went up $250, from $21,755 (after $955 in destination charges) to $22,005. The price floor used to be $20,955, but that was for the LX and manual-transmission combination, which no longer exists. So technically, the base price went up in two different ways.

The Sport trim is up next, which relies on the same 2.0-liter engine as the LX trim, producing 158 horsepower and 138 pound-feet of torque, with a continuously variable transmission as the sole offering for 2021. The Civic Sedan Sport will now run you $23,805, which is once again $250 higher than last year.
Moving through the trims, we make our way to the Civic Sedan EX, which adds some features and a 1.5-liter turbocharged I4 producing 174 hp and 162 lb-ft. The EX will set you back $25,155, and if you want leather, the EX-L will throw that into the mix at a cost of $25,355, so it's only a couple hundred bucks extra if you want to ditch the cloth.
At the tippy-top of the lineup is the Civic Sedan Touring, which rocks the same 1.5-liter engine as the EX trims beneath it. And, like every other 2021 Civic Sedan model already mentioned, its price goes up by $250 for the new model year, settling in at $29,055 after destination.